Build Your Own Yamaha Golf Carts

Yamaha has a good mind for stretching the range of what we think a golf cart can do. They tackle both their full models and their parts with creativity and flourish. When you customize a Yamaha golf cart for a customer, you can be pretty precise.

You can customize a Yamaha golf cart to have a pretty aggressive profile – they build tires that can handle rough terrain and loose paths. We like their lift kits and they’re also not afraid to show some of the parts “under the hood” if it means the build can be slightly lighter. There’s a good mind toward saving on weight in the body so that more of its capability can be directed to the job at hand.

That’s the thing with Yamaha – you can easily customize them with the goal of exactly what customers want it to do in mind.

Yamaha offers some of the best makes and parts for those who want to use their golf cart to support an active lifestyle. 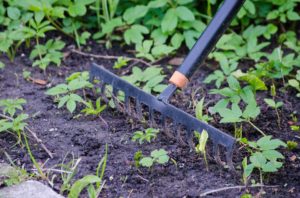 One of our favorite features is perfect for folks with a green thumb. This is the tilting dump bed, and it demonstrates the focus Yamaha puts into how people will use their vehicles and parts.

Yamaha isn’t the only one to have thought of this, but we like their utilitarian take on it. It’s a well made feature that’s easy to use and maximizes space. It’s also a great selling point for folks in retirement communities who still want to garden.

Gardening remains popular with seniors because it allows them to be active in a way that doesn’t necessarily test ailing joints or endurance. You get to be outside, under the sun, in the fresh air, and both focused and engaged with what you’re doing. Not only this, but gardening makes people feel like they still get to make changes in the world. When your body isn’t as capable as it used to be, the ability to change a lawn or patch of dirt into a blossoming garden can be deeply meaningful.

The tilting dump bed is such a good feature because you might get tired carrying stones or dirt, fertilizer or mulch, or big pots of plants to and fro. That’s a high hurdle for many older people who would like to garden. It makes a simple activity inaccessible. But when you can load up the tilting dump bed and unload with ease, suddenly you can move mountains.

It seems like a simple feature to highlight in depth, but when it can make such a difference in someone’s life, it’s well worth pointing out one of our favorite parts when it comes to customizing a Yamaha golf cart.

It’s not the kind of thing you can exactly see in a showroom, but the Yamaha is very low maintenance. Part of this is the simple and straightforward Yamaha build, but there’s also a lot of thought that goes into the individual parts. They build some of our favorite suspensions, which again feeds into the Yamaha being such a good all-around and practical vehicle.

For those who want to leave a better world for their children, they also lead the industry in fuel economy and emissions.

It can get confusing how to fuse all these parts together into the perfect machine, but customizing builds for individual customer needs is remarkably easy. We’re the only ones who feature a subscription-based app for doing this. Subscription means customization-as-a-service. That means we’re constantly updating the latest parts on offer, which gives you the most ability to customize in the industry.